Bremont Watch Armed Forces Broadsword Bronze Tobacco. HMAF-Broadsword-Bronze-Tobacco.. Released from a partnership with the Ministry of Defence honouring Her Majesty the Queen’s Armed Forces, this spectacular Bremont Armed Forces Broadsword Bronze Tobacco watch is the only timepiece in the world allowed use the signs, symbols and Heraldic badges of the Royal Navy, British Army and the Royal Air Force. Inspired by a range of watches made for the British Army during World War II known as the ‘Dirty Dozen’, each Bremont Armed Forces watch has been designed under strict performance specifications including high waterproofing, chronometer certification and robust case construction.. This Bremont Armed Forces Bronze watch has been named the Broadsword; a name inspired by the British Army and their need for a durable, legible and accurate instruments. It comes in the form of a stunning 40mm CuSn8 case that will develop its own unique patina overtime equipped with a screw in bronze crown, smooth bezel and brown Nubuck leather strap. Designed to be used as a military watch, the Bremont Armed Forces Broadsword Bronze also comes with a striking tobacco brown-coloured dial decorated with luminous paint on the hands and indices and is protected by scratch resistant sapphire crystal glass with a water resistance of 100 metres. To power the central hands for hours and minutes, small seconds and date window at 3 o clock, the chronometer certified BE-95-2AV automatic movement is utilized with its power reserve of 38 hours and COSC chronometer certification. 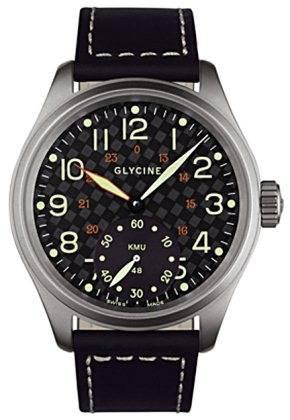